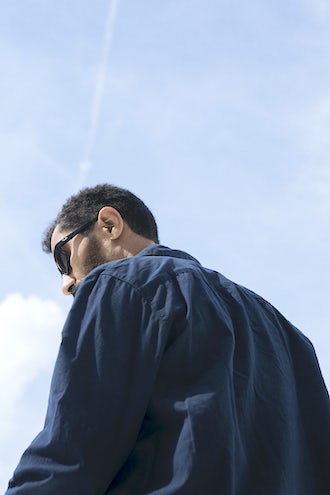 In Radical Light, choreographer Salva Sanchis enters into a dialogue with Senjan Jansen and Joris Vermeiren's music. Under the name Discodesafinado, these two sound designers fuse minimalistic techno with experimental electronica to create a magnificent pointillist palette of micro-sounds, that are simultaneously rhythmical and contemplative, incomprehensible and infectious. Radical Light is a choreography that is entirely created around the musical concept of "pulses". It manifests as open, pure dancing. In Radical Light, dance and music flirt with each other around a common pulsation. An hour of sound and motion, at a rate of 120 beats per minute.

Salva Sanchis (Manresa, 1974) studied theatre at Barcelona's Institut del Teatre, where he specialised in physical theatre, mime techniques, sword play, acrobatics, and Aikido. In 1995, he moved to Brussels to join P.A.R.T.S. (Performing Arts Research and Training Studios), where he graduated as part of the school's first generation of students. His work is based on using pure dancing/movement as a medium.